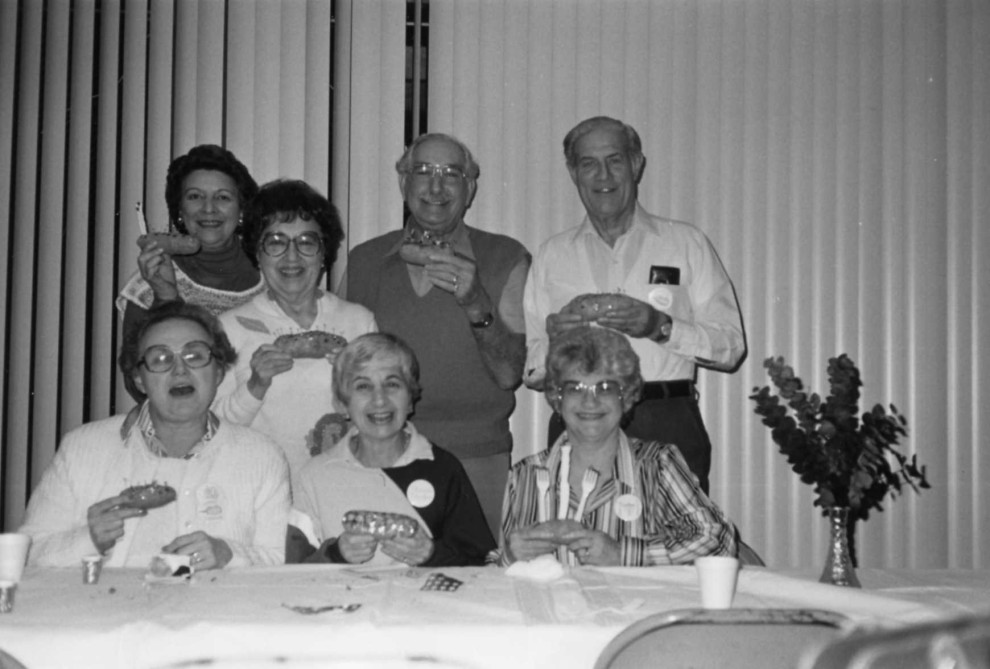 This photo appeared in the April, 1987, issue of The Center Menorah, where the caption began “The Menorah had to save this picture of the 39ers displaying their creativity until there was room,” so this photo was taken at least a month or two before that. The 39ers was the name for a popular adult group which met monthly at the Center during the 1980’s.