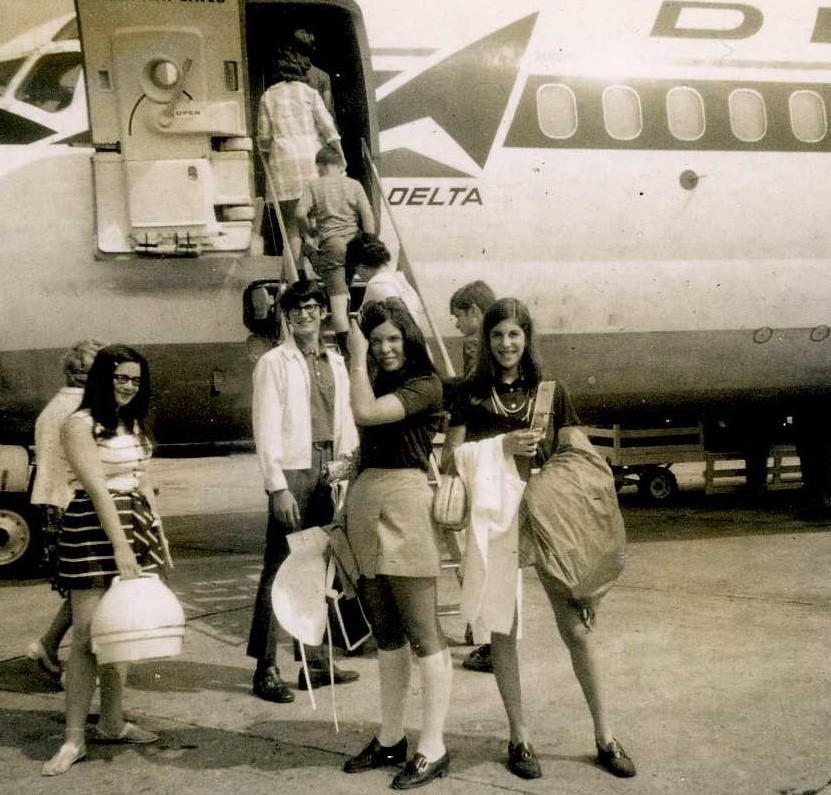 On the Way to a BBYO Convention

BBYO members (left to right) Ronda Robinson, AJ Robinson, Phoebe Diftler, and Barbara Shipper pause on the tarmac at McGhee Tyson Airport for someone to take a photo of them while on their way to that year’s BBYO district convention in Shreveport, Louisiana.

Thanks to Ronda and AJ for their efforts to identify the year.

The Archives needs your photographs! Send your photos of "The Way We Were" (identifying who, what, when, where) to archives@jewishknoxville.org, or contact the archivist at (865) 690-6343.