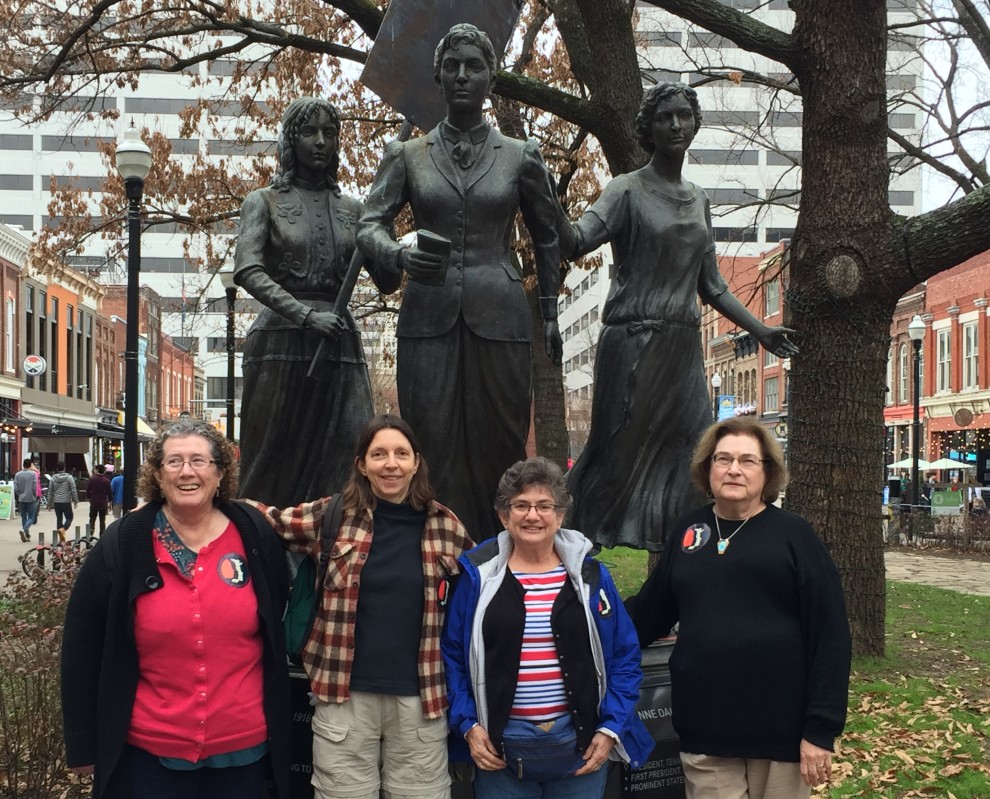 Four members of Knoxville’s Jewish community posed in front of the Women’s Suffrage Memorial statue in Market Square shortly before the Women’s March in Knoxville on January 21, 2017, in solidarity with other women’s marches around the country that day.

For several years, Market Square was also the location of Mary Linda’s parents’ records business, Bell Sales Company. Learn more about Bell Sales and view photographs of Sam and Virginia Morrison in their store below.

Thanks to Mary Linda Schwarzbart for donating this photo.

This is the first in an occasional series combining a current Knoxville resident and a business associated with that person’s family. The March 2020 “The Way We Were” photo features, among others, Mary Linda Schwarzbart in Market Square. For several years her parents’ store was also located in Market Square.

In the 1940’s, Sam Morrison (originally Moskowitz) and his wife Virginia (nee Joffe) opened a records business called Bell Sales Company at 1227 College Street in Knoxville. In early February, 1949, they moved the store to 22 ½ E. Market Square, where it remained until 1957. In 1954 Sam Morrison played Elvis Presley’s “That’s All Right, Mama” on loudspeakers placed outside the store, contributing not only to its popularity in East Tennessee but Elvis’s career when RCA scout Brad McKuen learned of it, sent a copy to his boss in New York, who soon thereafter signed him to its label.

Around 1955, Anne Morrison, younger sister of Mary Linda (now Schwarzbart), took these photos of their parents at the Market Square location. 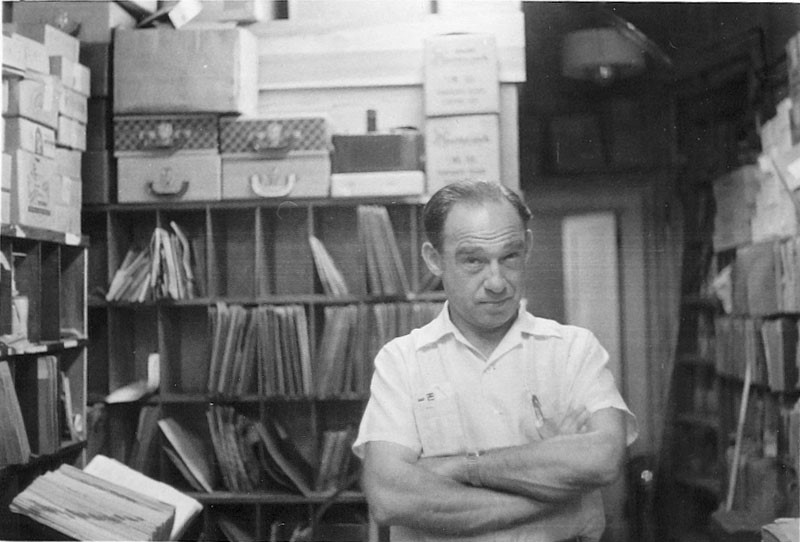 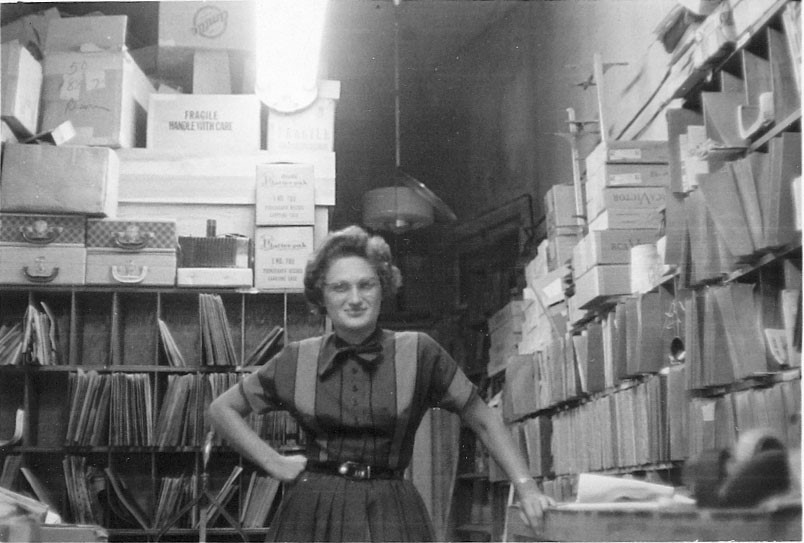 Thanks to Mary Linda Schwarzbart for the use of these photos and information on the locations of Bell Sales.