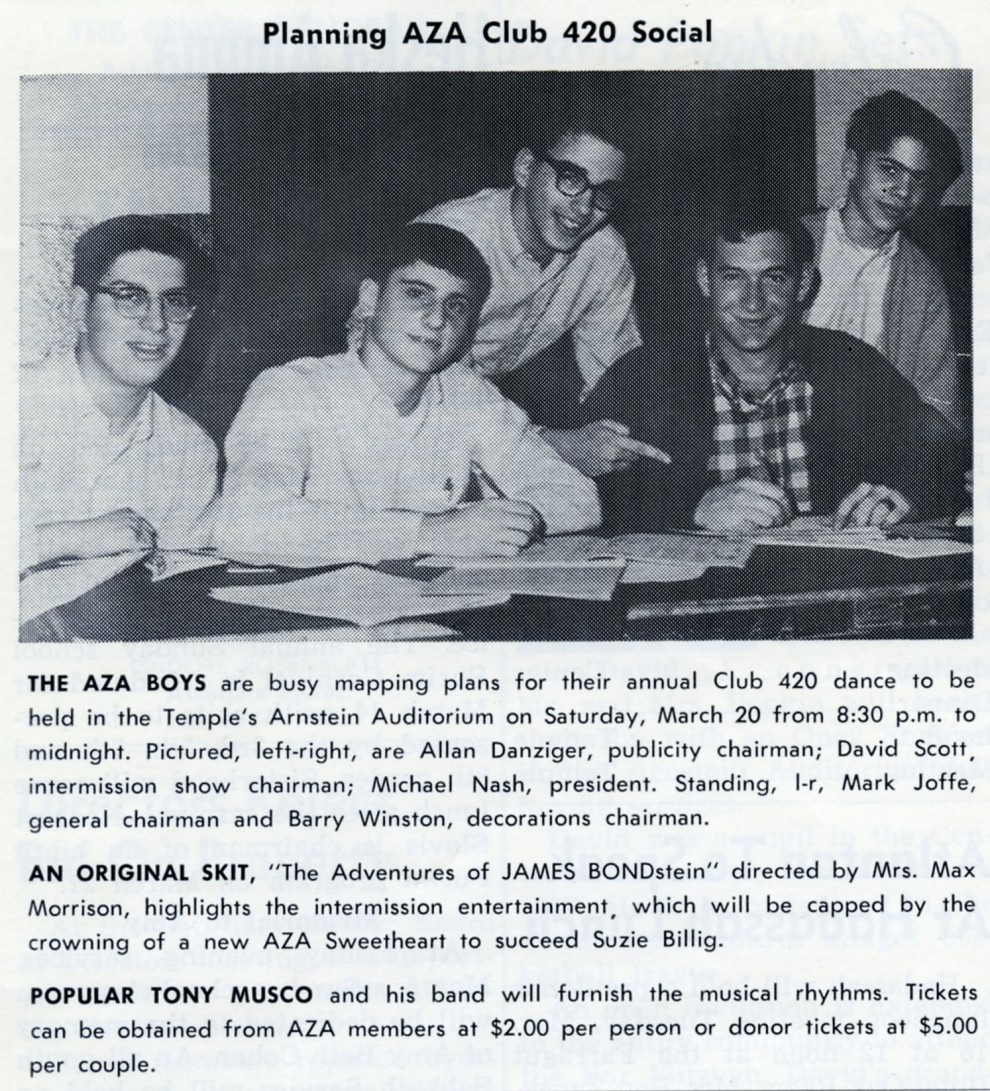 This photo appeared in the March, 1965, issue of The Center Menorah. As reported in the May Menorah, Anne Morrison was chosen as the new sweetheart.

The KJA Archives needs your photographs!

Send your photos (with identifications of who, what, when, where) of “The Way We Were” to archives@jewishknoxville.org or contact the archivist at (865) 690-6343.